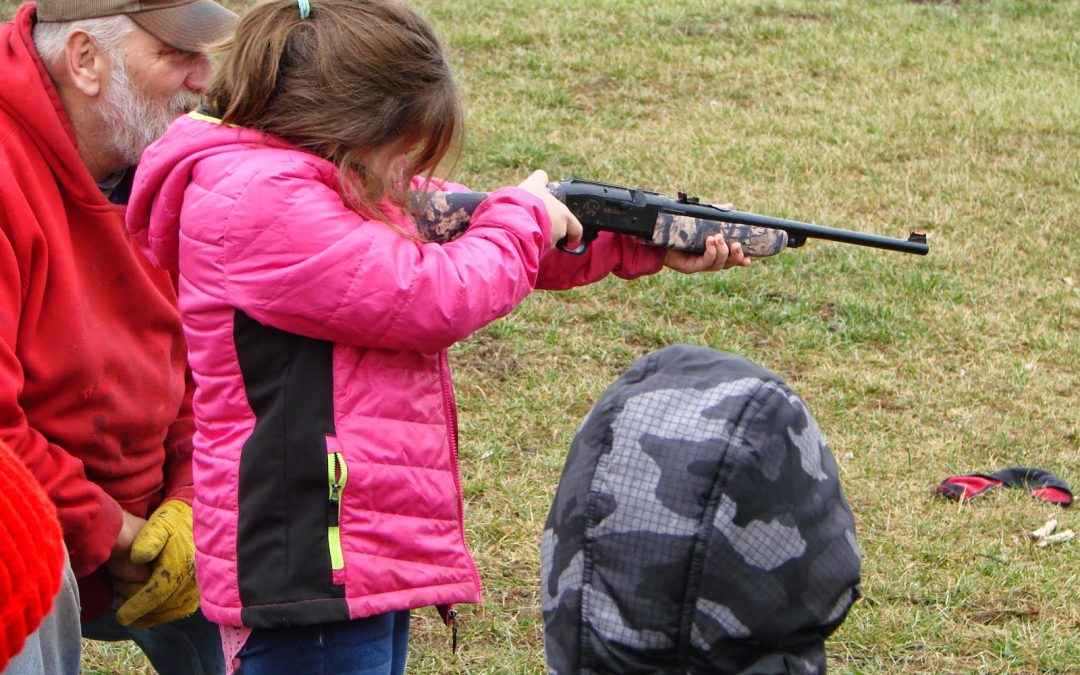 The temperatures have been frigid the past few days and the ground is covered in snow with a forcast for freezing rain and ice tonight. So far in the month of February we have had record high temperatures AND record low temperatures. One thing is true about Missouri weather…if you don’t like it, just wait a few days and it will change. That had never been more obvious than this past month.

During the winter months, we stay busy planning for the next year and doing projects that we haven’t had time for during the months that are busy with growing, tending and harvesting the garden and animals. Some things have to be done when they are ready, but others can be postponed until other demands are gone. I’ll share some of bigger projects soon. But today, I thought I would share some pictures taken one afternoon a few weeks ago when the three oldest grandkids came to stay with us for a couple of days. The boys got BB Guns for Christmas, and not to be left out, our oldest Granddaughter was given one by Papa so that she could join in the fun.

I made them a target and Papa took them outside to get one of their first gun safety lessons.  They will eventually graduate from BB Guns to 22 rifles and then larger caliber if they choose to hunt, so the gun/hunter safety starts very early with our family.  Since the grandchildren are different ages, they had different goals and expectations when the afternoon of shooting began. 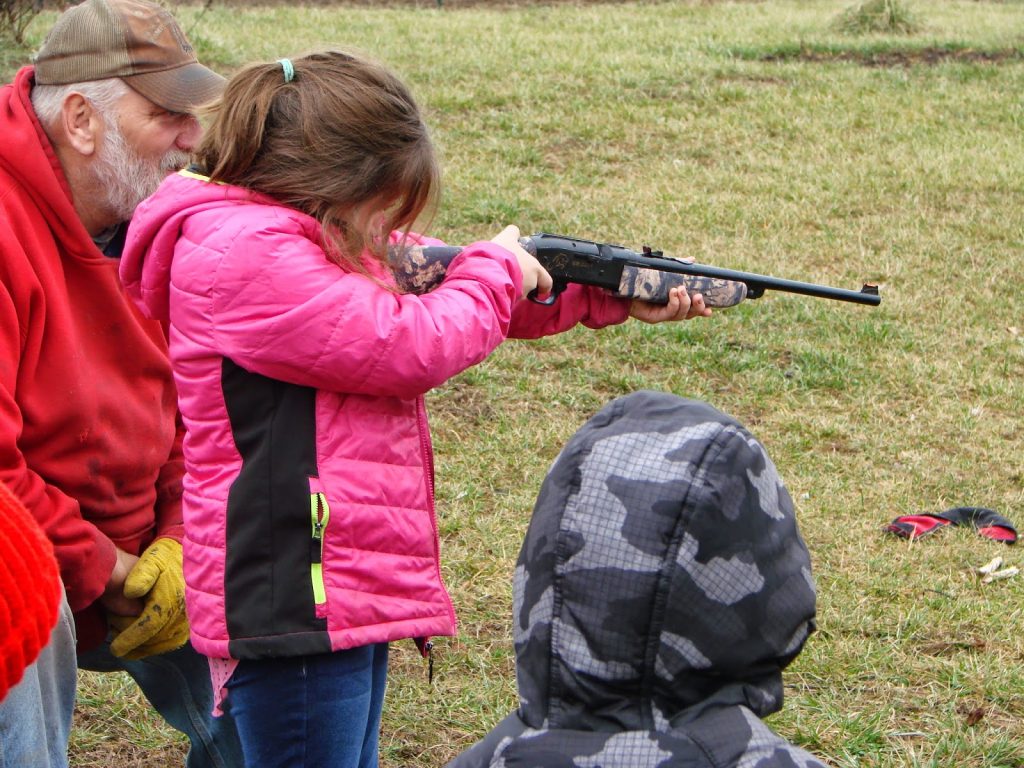 Jayde, who just turned 8, was all about aiming and hitting the center of the target. 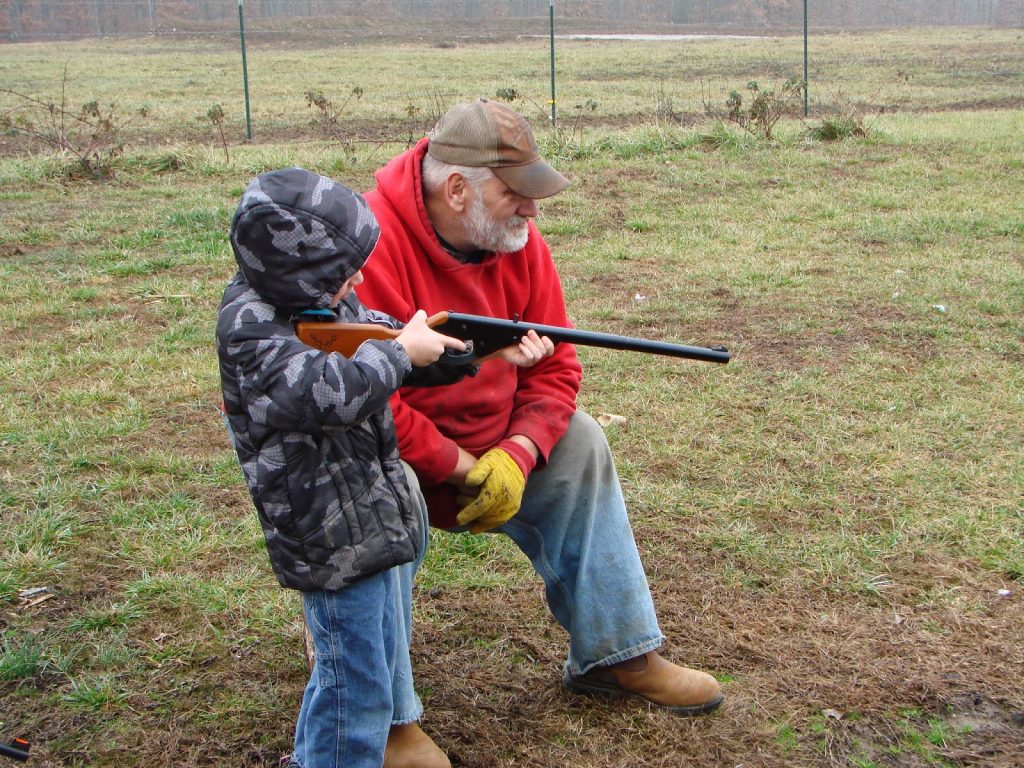 Aden, who is 6 wanted to hit the target. Didn’t matter much to him where he hit it, as long as he hit it. 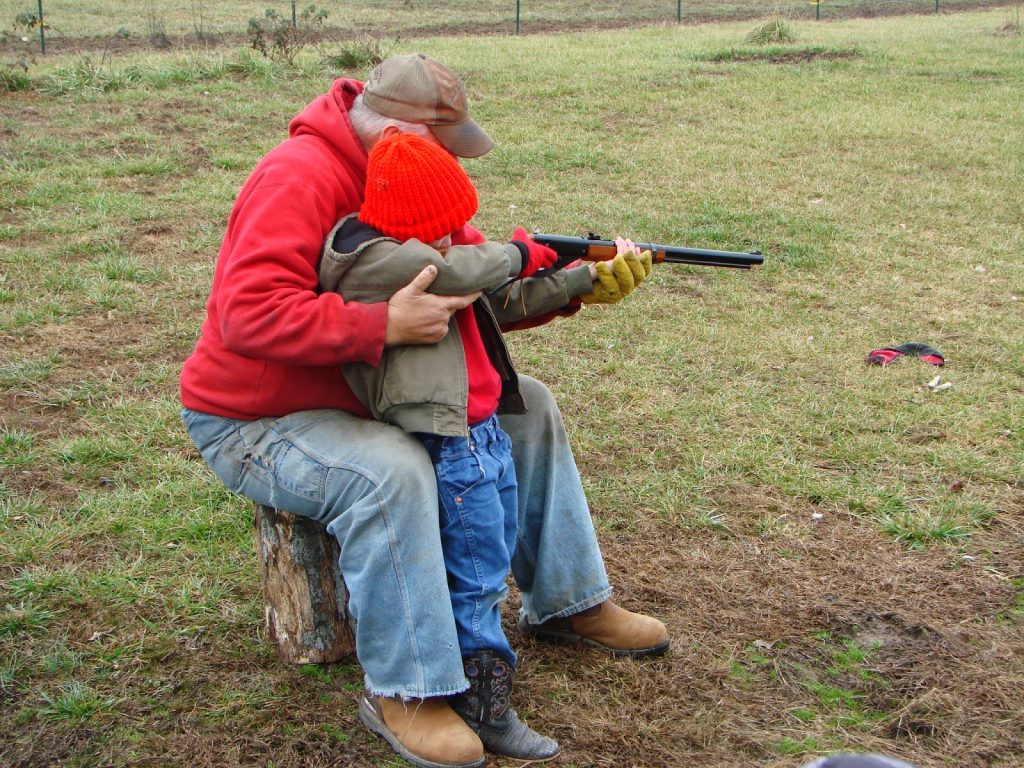 Owen, who is 5 was happy just to shoot his gun. It didn’t matter to him whether he hit the target or not.  The innocence of childhood is so wonderous. 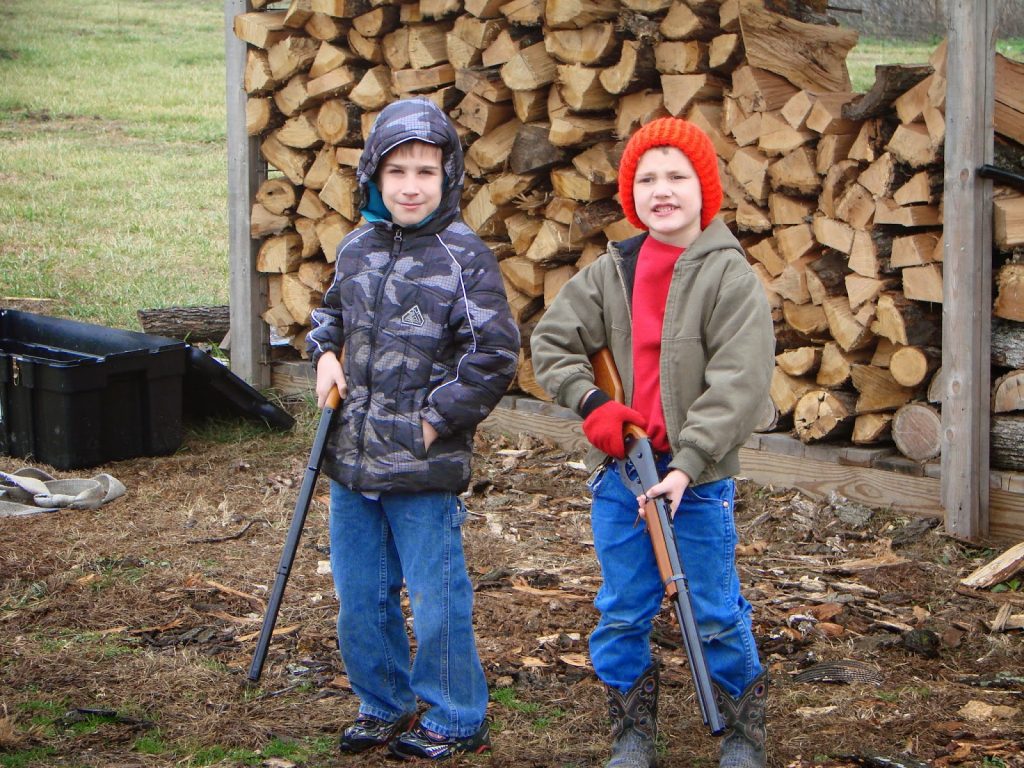 Papa made sure that each of them knew how to turn off the safety before shooting, and how to turn it back on when finished. They all practiced how to carry their guns so that they were pointed in a safe direction at all times. 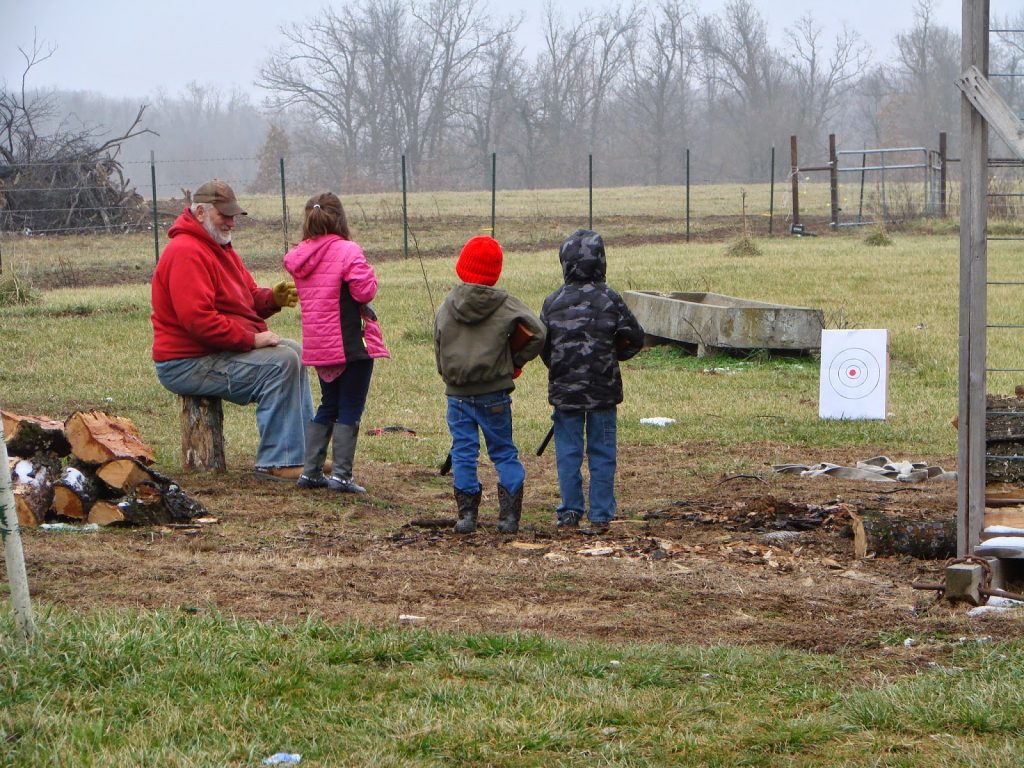 Everyone learned to pay attention to where everyone else was.  I got the honor of being safety watch and taking pictures. We had a great time and it took them longer to freeze out than I expected. 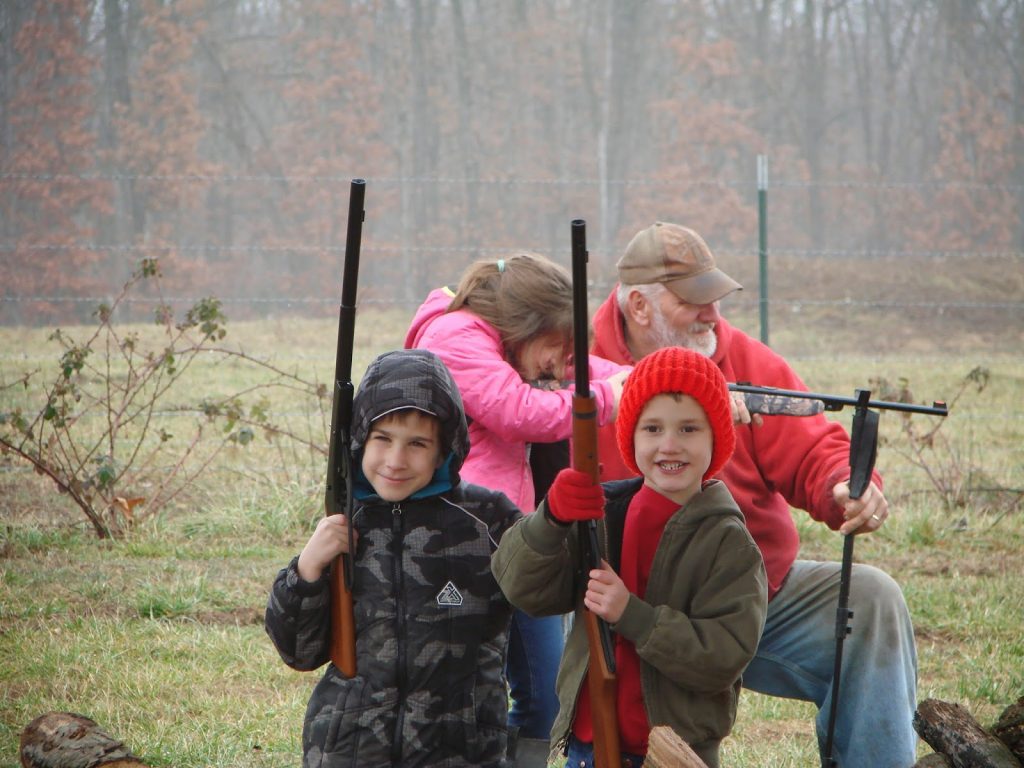 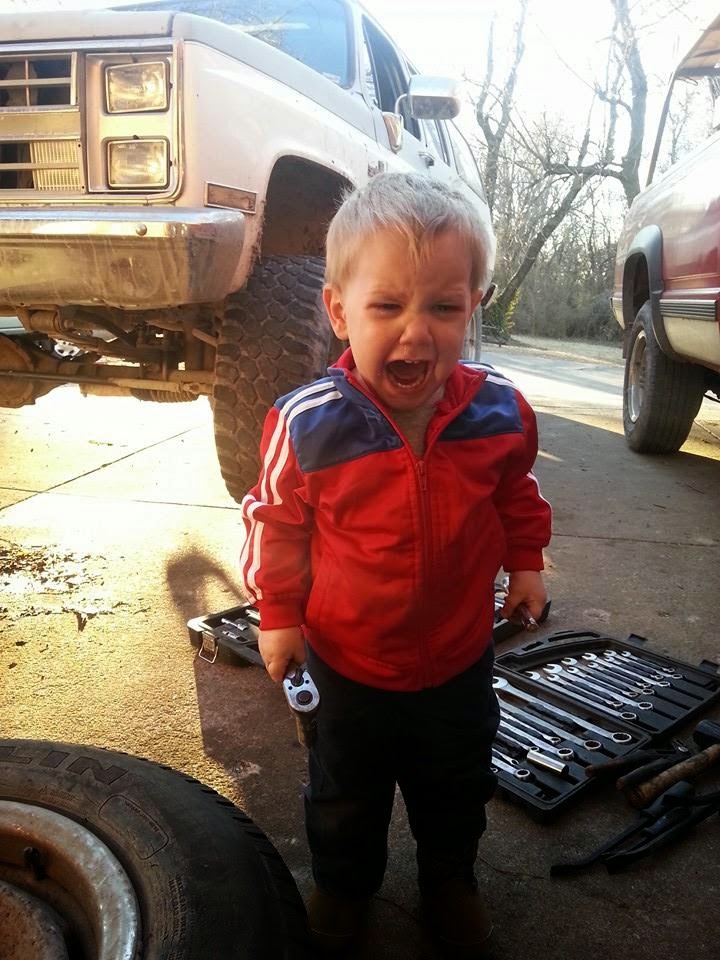 The youngest grandson, Bently will be 2 in May. He didn’t get to participate in the gun safety lessons, but I had to share this picture.  His mama tried to interrupt the “Man Time” he was having with his Daddy, by having him come in to eat and get a dry diaper.  That was not an idea that was appreciated! 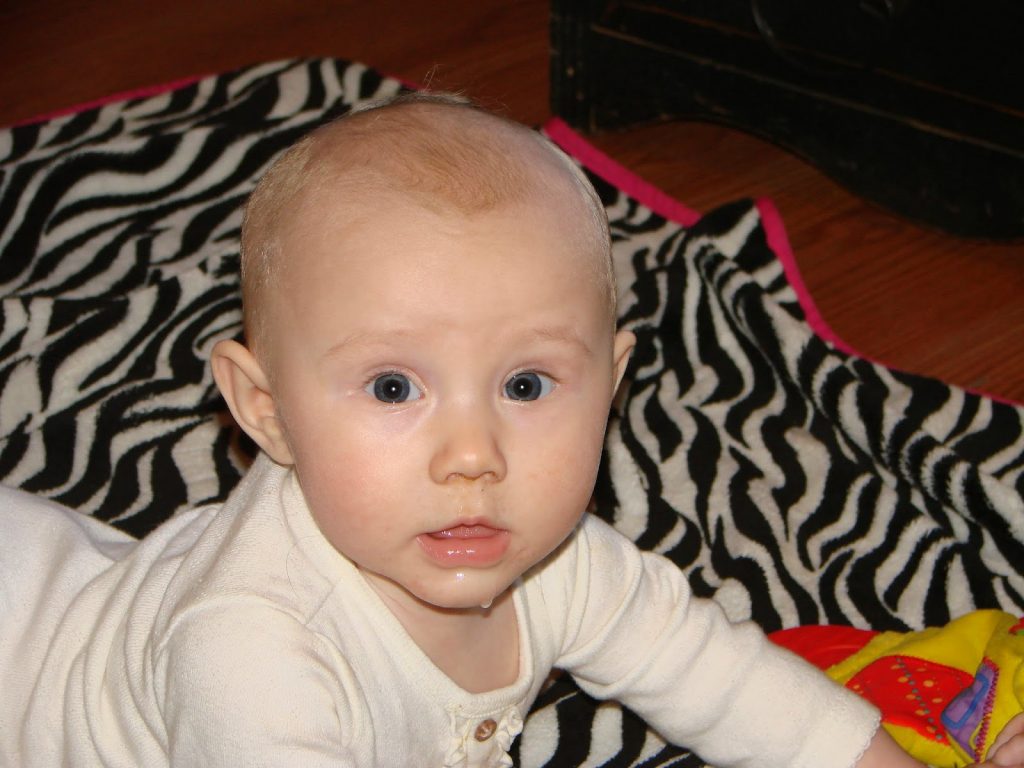 Then, there is our youngest grandchild. Maddie Jo is currently 5 months old and loves the puppy and being outside. She will soon be outside with the rest of the bunch, keeping them all on their toes. She is currently suffering from RSV and some accompanying illnesses and being treated at a local hospital. She is responding well to treatments and is a tough little girl. We’ll have her home and out and about very soon, I am sure. 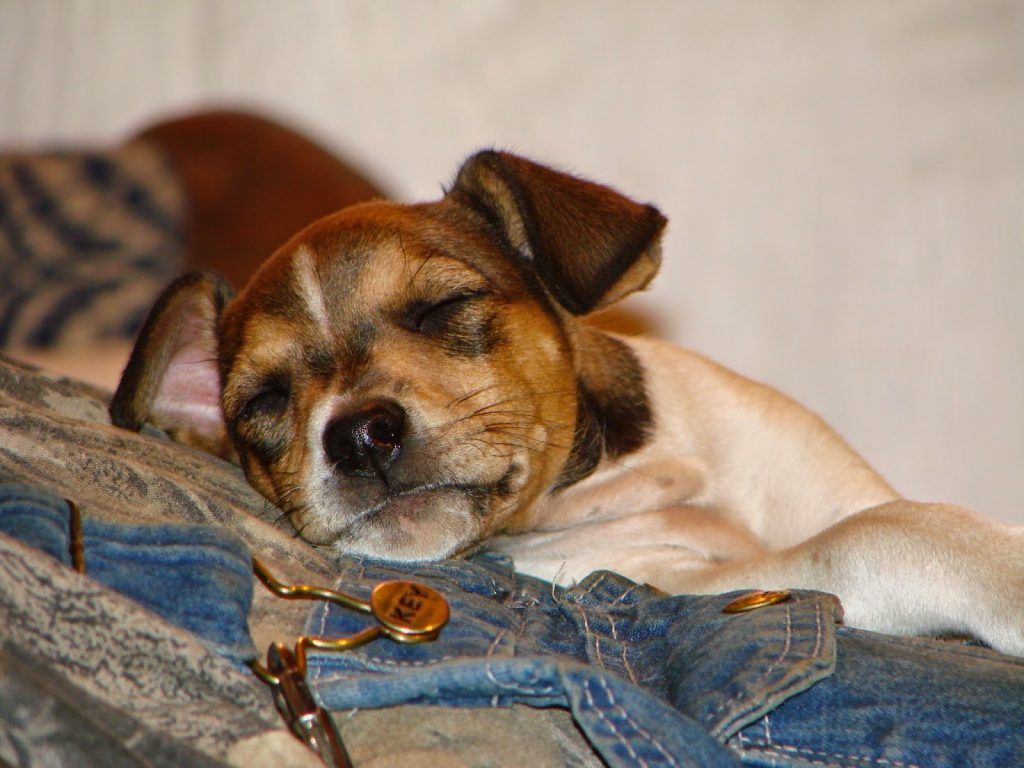 Papa’s favorite baby is our newest addition. Rastus is half Jack Russell and half Mount Feist. His favorite spot is on Papa’s lap.

When it is cold and snow and ice make it unpleasant to be outside, there is nothing better than spending time inside, by the fire with family and friends, unless you add something home-baked and hot chocolate.