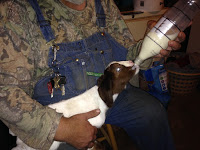 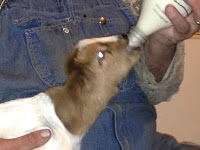 The newest additions to our farm family include three boer baby goats, 2 bucklings and a doeling.  Thanks to Papa and the grandkids, they are now fondly known as Bob, David, and Daffodil.  The grandkids named the boys…something to do with Minions!  😉  I never know what those children are going to come with next.  They always have a long, thought out reason for their decisions.  One of them named every animal he got “Bucky”.  He even went so far as to call his little sister “Maddie-Jo-Bucky” when she was born.  I am relatively certain she will be very glad he has outgrown that, if she is not already.  But, I digress.

These three cutie pies are now 3-4 weeks old and are weighing 11 – 12 pounds each, gaining a pound to a pound and half each last week. 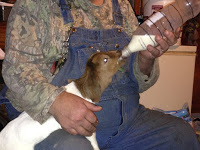 Having bottle baby goats has been a new experience for us, but thanks to the help of some great friends and some helpful Facebook groups, they, and we, have done well.  We did not realize when we got into the goat business, that we picked one the few animals that will actually eat themselves to death!  We were warned over and over again not to over feed them.  We were told that they would eat all the milk a person would give them, to the point they could actually become fatally ill.  So we asked a lot of questions, and researched many resources on the internet.  According to the charts we are still over feeding slightly, but they are gaining, doing well, and have only scoured for a day or so when changed feed and mixed the new milk replacer a bit richer than it was supposed be mixed.

We are currently feeding them three times a day, the minimum for 10-15 pound goats, and giving them approximately 13 ounces per feeding.  They are each starting to eat some grain, and are developing their personalities.  They think we are their momma.  They will be moved out to a pen in the big barn as soon our current cold and windy snap is over, but for now they remain in a lean-to off my canning kitchen, out of the wind and with a heat light available in case it dips down too cold.

At this point we plan to band the bucklings making them wethers and butcher them when they are big enough.  Somewhere in the neighborhood of 6-8 months based on our research.  We enjoy beef, but it has become outrageously priced.  Our second option for red meat is venison, when one of us is successful during the fall hunting season.  Last year it was me that put one in the freezer and this past fall Papa got one.  We have been told that goat is a meat that is between those two, so we are confident we will like it, but if not, there is also a high demand in our area, so selling the boys at butcher weight will not be a problem.

Miss Daffodil is expected to be our herd Matriarch, as we build a little herd to supply our family with meat and add a bit of income from, and for, the farm.

Feeding these three has been an entertaining experience with some trials, a little frustration and a lot of laughter.  Since they constantly think they are starving, it was a juggling act to try to feed one at a time with the bottle.  It worked ok the first few days, but soon became nearly impossible to manage them one at a time.  Papa decided that as soon they knew what the bottle was, it was time to build a bottle stand so that all three could eat at one time.  A couple of hours in the shop and few wood scraps and viola! 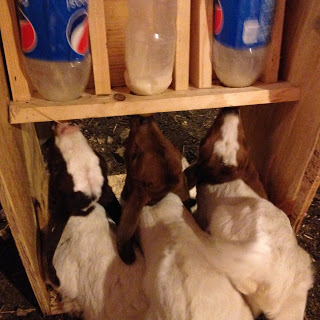 Hands free feeding of three!  You can also see in the above picture, we wasted no expense on bottles!  These 20 ounce soda bottles are perfect for feeding them and we bought some nipples that screw onto the bottles from our local feed store.  Cheap, easy, and here are three bottles that are not in a land-fill.  I’m uncertain of exact dimensions, but will post a picture of the stand so that you can get the idea and make your own if the need arises. 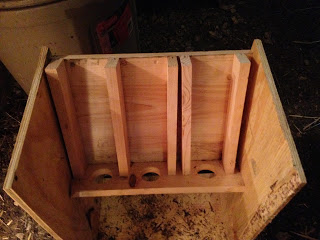 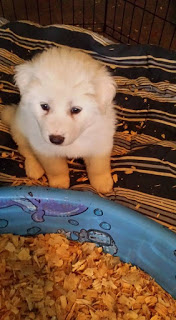 We do have a large coyote population in our area, so we decided that this was the perfect time to add a large guard to our farm as well.  Meet Sally, a Great Pyrenees puppy that we purchased from a local family.   Sally lives with the goats and will soon be the herd protector.  We will have to introduce her to the other animals slowly, one at a time so that she understands that she is to protect them too.  They are not a threat to her goats and belong here as well.  She is becoming a sweet heart, bouncing over to get her petting while the babies eat.  She runs and plays with the goats, to the point that I actually think she may believe she is a goat.  🙂   For now we are the protectors of the goats, and of Miss Sally, but it won’t be long until the farm will be hers and she will keep the predators at bay.  I am going to enjoy that day, and look forward to being able to have turkeys once again without loss to predators.

As I finish this post, I am thankful to live at a time that I can use modern conveniences to keep our animals warm as needed when winter cold snaps get our attention.  The use of heat lamps, running water to maintain a good supply of fresh, thawed drinking water, a barn to give shelter from the rain and snow in the cold temperatures, without having to work for hours on end out in the elements ourselves, are all blessings.  Though we are moving toward a more self sufficient lifestyle, doing more or ourselves and depending less on processed foods and big box stores, it is nice to know that we do not have work as hard our forefathers, making me very happy to be able to be a Modern Missouri Pioneer. 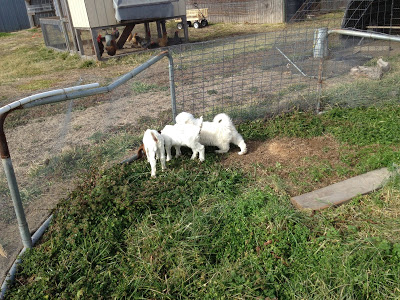 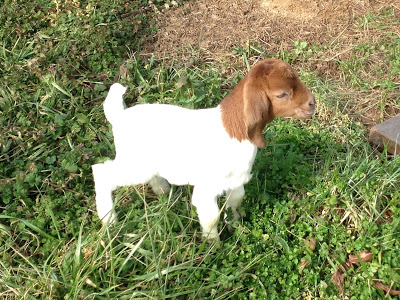 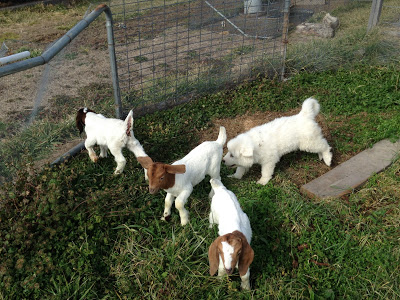 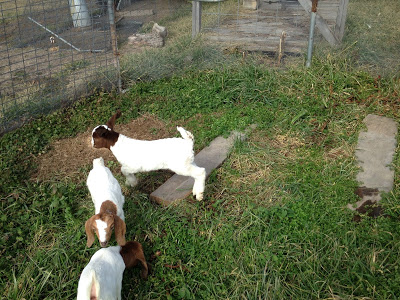